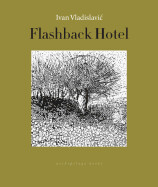 With a tender wit, Vladislavic cuts through the ordinary, the profound, and the truly perplexing to reveal absurdities and truisms alike. In these two collections from South Africa's most renowned writer, each story follows its own dream logic, each sentence constructed with an architect's precision. In the first collection, 'Missing Persons,' a man learns he can abduct dignitaries from his TV, and keeps them in a menagerie in his spare bedroom; elsewhere, a runaway statue falls in love with a young refugee woman. Vladislavic paints the deliciously surreal with a deftness that belies his dark satires. The later stories from 'Propaganda by Monuments' are more grounded in reality, but no less wildly imaginative. A man follows Elvis Presley on a comical odyssey through the streets of Johannesburg; a white tuba player harasses a black Salvation Army band, only to be mysteriously swept up in their music. Each miniature world in Flashback Hotel is a recognizable yet madly distorted South Africa, veering into either dream or nightmare