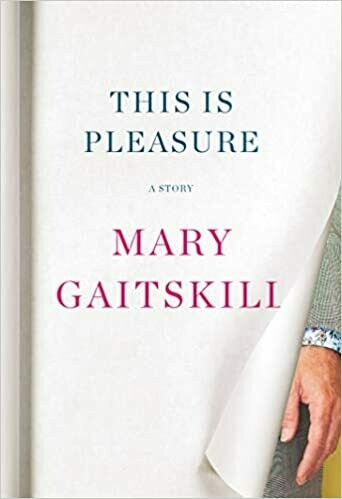 This Is Pleasure by Mary Gaitskill

"In this powerful short fiction, Mary Gaitskill--whose searing honesty about gender relations has been legendary since the appearance of Bad Behavior in the 1980s--considers our moment through the lens of a particular #metoo incident. The effervescent and well-dressed Quin, a successful book editor and fixture on the New York arts scene, has long been one of Margot's best friends. When several women in his field accuse him of inappropriate touching and remarks, Gaitskill builds the account of his undoing through Quin and Margot's alternating voices, allowing readers to experience Quin as a whole person--one whose behavior toward women could be hurtful and presumptuous on the one hand, and keenly supportive on the other. Margot, an older woman who alternately despairs of and sympathizes with the positions of the younger women involved in Quin's case, is the thrumming engine of this remarkable piece of truthtelling. As Gaitskill has said, fiction is the only way that she could approach this subject, which she sees as subtly colored in shades of gray, rather than the black and white of our current conversations. Her compliment to her characters--and to her readers--is that they are unvarnished and real; her belief in our ability to understand them, even when we don't always admire them, is a beacon of humanity from one of our greatest contemporary writers."

"A brilliant expedition across the minefields of the #MeToo wars. Detailing the fall of a massively handsy New York book editor, it's a deft and funny and thought-provoking story, and it never shies away from the most difficult truths, such as the way that men who genuinely listen to women can subsequently get away with almost anything. Gaitskill's fiction gets close in to the migraine whine of the contemporary moment like that of few others." --Kevin Barry, The Irish Times

"Formidable . . . In fewer than 100 pages, Gaitskill achieves a superb feat. She distils the suffering, anger, reactivity, danger and social recalibration of the #MeToo movement into an extremely potent, intelligent and nuanced account. She pares a single story from the chorus of condemnations, with their similarities, varieties, truths and perceptions, and through select incidents and emotional focus we see the complex details of the wider picture. It takes an expert in short fiction to condense such a difficult subject, while allowing the reader interpretive space. Gaitskill is phenomenally gifted at the metaphysical microcosmic. She makes the abstruse world clearer. There are many ways the topic will be tackled in literature. This Is Pleasure sensitively and confidently holds its fury, momentum, contrary forces and imperfect humanity within a perfect frame." -- Sarah Hall, The Guardian